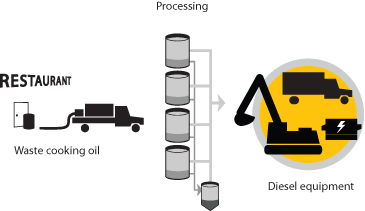 Fossil Free Fuel provides pure plant oil fuel as an economical and sustainable alternative to petroleum-diesel for use in diesel engine vehicles and machinery that are equipped with fuel system retrofits.

We collect vegetable oil from kitchens big and small.  Over time oil used in deep fryers will impart a bad taste and is contaminated with water and food particulate.

In our facility in Braddock, PA we clean up the oil starting with the big stuff and working our way down to particulates that are only 2 microns thick.  For reference human hair is about 50 microns in diameter.  Once the water and particulates are removed down to a technical specification, we test the fuel product to ensure quality.

The process for producing vegetable oil fuel requires little energy and contains NO fossil fuels.  Unlike biodiesel, which requires approximately 20% of a petroleum product called methanol during a chemical conversion process, vegetable oil fuel has not been chemically altered.

The remaining waste that is produced is recycled or is sent to a methane digester to produce even more energy.

Fossil Free Fuel’s pure plant oil fuel reduces carbon emissions 85% compared to petroleum-diesel fuel, according to the EPA. Our fuel is better for workers, residents, the economy and your balance sheet.

Our waste to fuel process improves many other aspects of our region:

Similar to arteries constricted by cholesterol, used cooking oil hardens and constricts sewer pipes. Even a little oil has an effect–just one tablespoon of oil from each household in Pittsburgh adds up to 30,000 gallons a year. According to the EPA, constriction from fat oil and grease build up is responsible for the largest financial burden on sewer maintenance costs.

Our fuel reduces carbon emissions 85% compared to petroleum-diesel according to the EPA, lower than any available fuel. 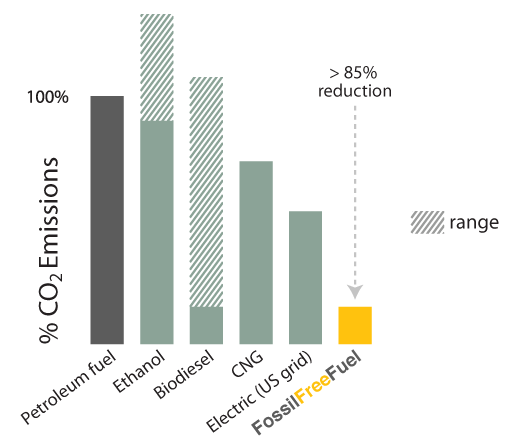 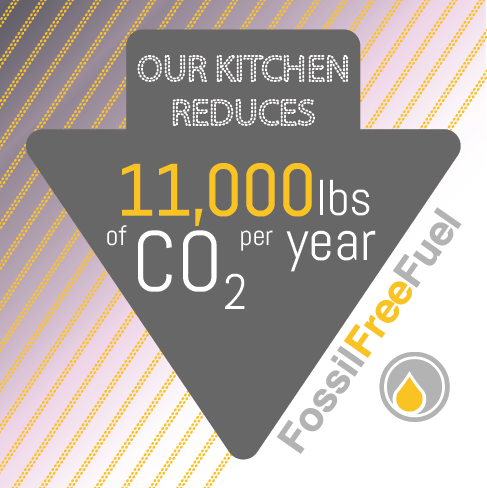 We want you to be able to showcase the great work you are doing. Click here for our promotional materials